Ultramarathon in which 9 competitors managed to fit within the time limit over 8 years. 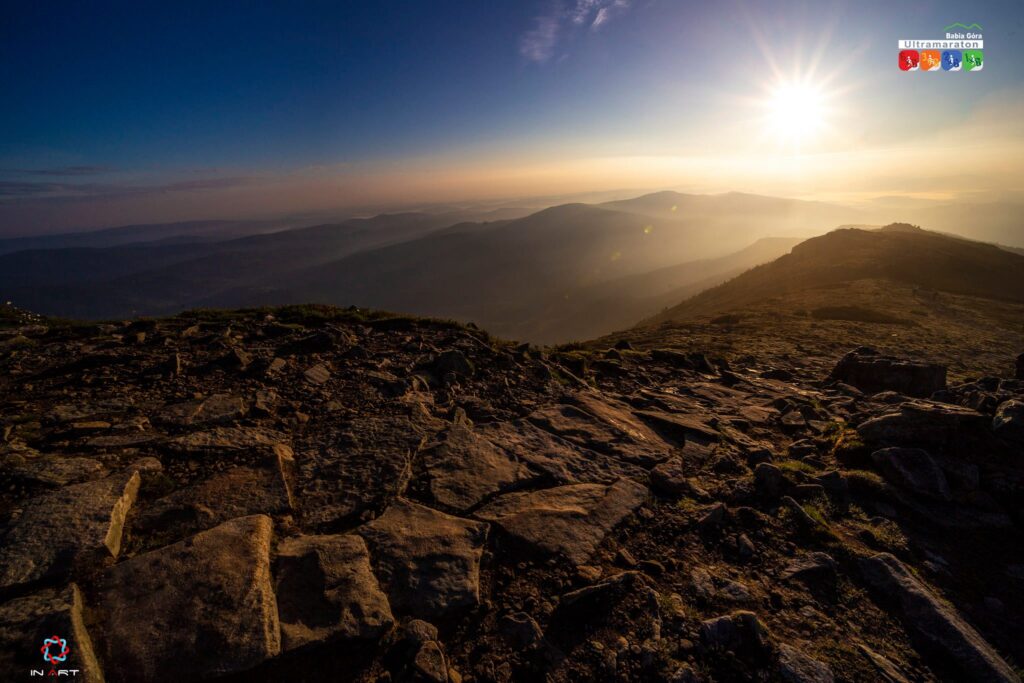 You need less than 90 minutes by car to get from Krakow to the Babia Góra National Park. Then only 17 hours to cover 100km on the highest peak in Poland outside the Tatra Mountains and you can boast of completing Ultramarathon Babia Góra. 10th finisher in 10 years.
Babia Góra is a mountain massif on the border of Poland and Slovakia in the Western Beskids which are part of the Western Carpathians. The highest peak of the massif is Diablak 1725m. Every year in June, runners come to small towns around the massif to take part in one of the most difficult mountain runs in Poland, Ultramarathon Babia Góra. The competition takes place over distances from 10km to 100km, of which the longest run, Ultramarathon 6xBabia Góra, attracts the most attention. The number in the name of each race means the number of ascents to the top. There are five routes to Diablak, differing in length and nature of the approach. Varied ground, from forest paths overgrown with roots, sections paved with stones to massive boulders and sections secured with chains, the entire length of the route requires preparation for the run and constant vigilance. The weather doesn’t help either. Babia Góra is famous for its raw and capricious aura. Strong winds at the top, frequent and heavy rainfall and high temperatures in June. All this combined with high volatility and violent weather can affect the condition of the players. 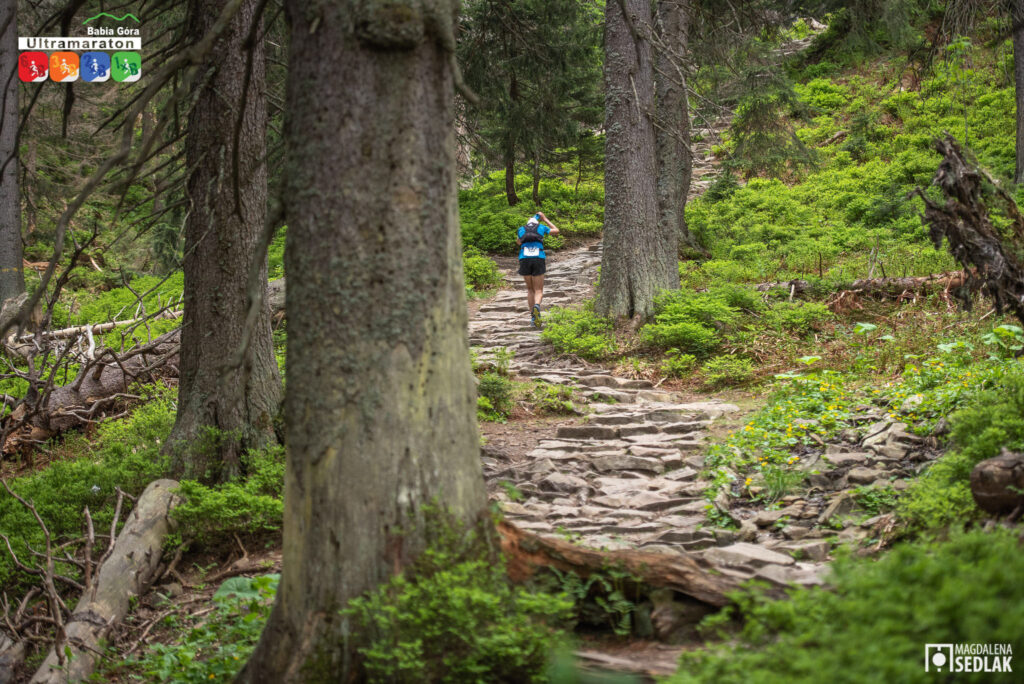 What makes this competition one of the most difficult is the time limit, which means that only the best manage to overcome the longest route within the imposed time limit. Suffice it to say that in the years 2014-2022 only 9 times the players managed to fit within the time limit, including one woman. Ultramarathon Babia Góra is not a competition with other competitors, it is primarily a competition with a time limit and elevation gains in the beautiful scenery of the Babia Góra National Park. Due to the restrictions of the national park, a limited number of runners can participate in the event. On shorter distances, it is less than 200 participants per run, and on the longest distances, respectively, 90 (6xBabia Góra) and 40 (10xBabia Góra) runners. 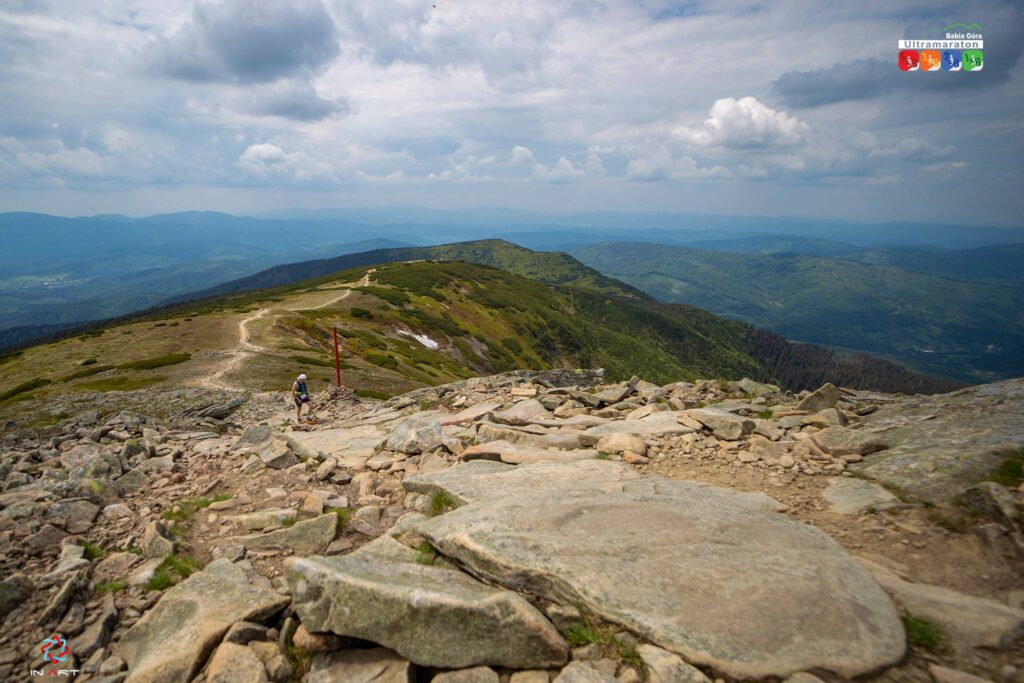 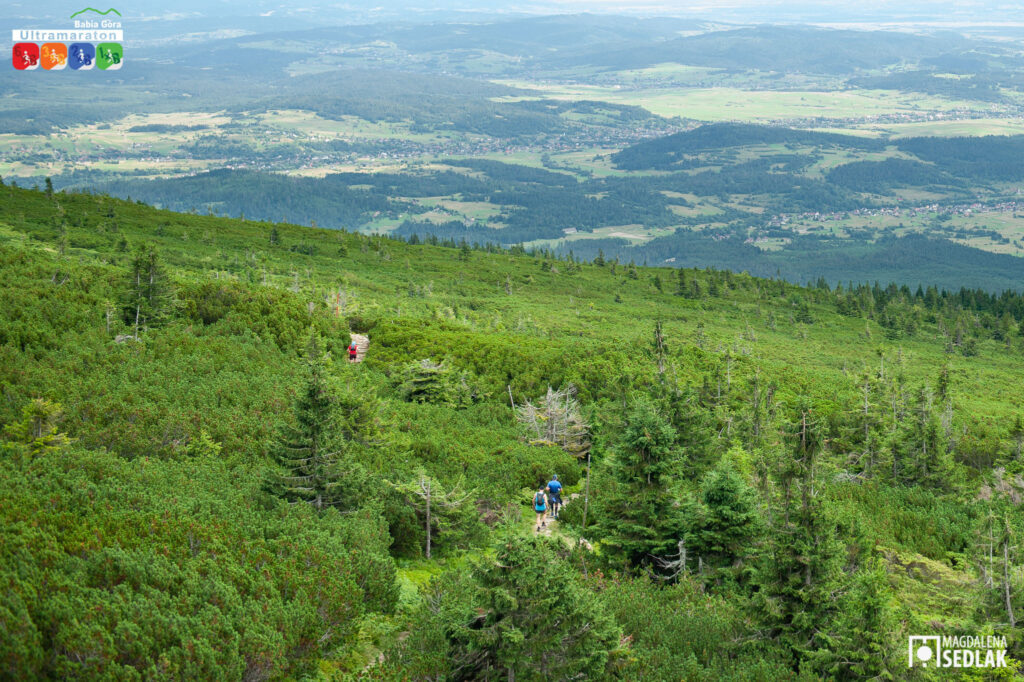 The routes are routed along tourist trails as well as fragments off the tourist trails. Off-track sections are marked with colored tapes. Additional signs with arrows will be placed in difficult points. On the night section of the route, the markings will have reflectors. Starting in the 6xBabia Góra Ultramarathon, the competition can be completed at a distance of 5xBabia Góra or 4xBabia Góra. The decision on the choice of distance is made by the competitor on the route of the 6xBabia Góra run – at the top of Babia Góra. Completion of 6xBabia Góra and 5xBabia Góra is associated with receiving 5 points in the ITRA qualification at ITRA mountain level: 9. 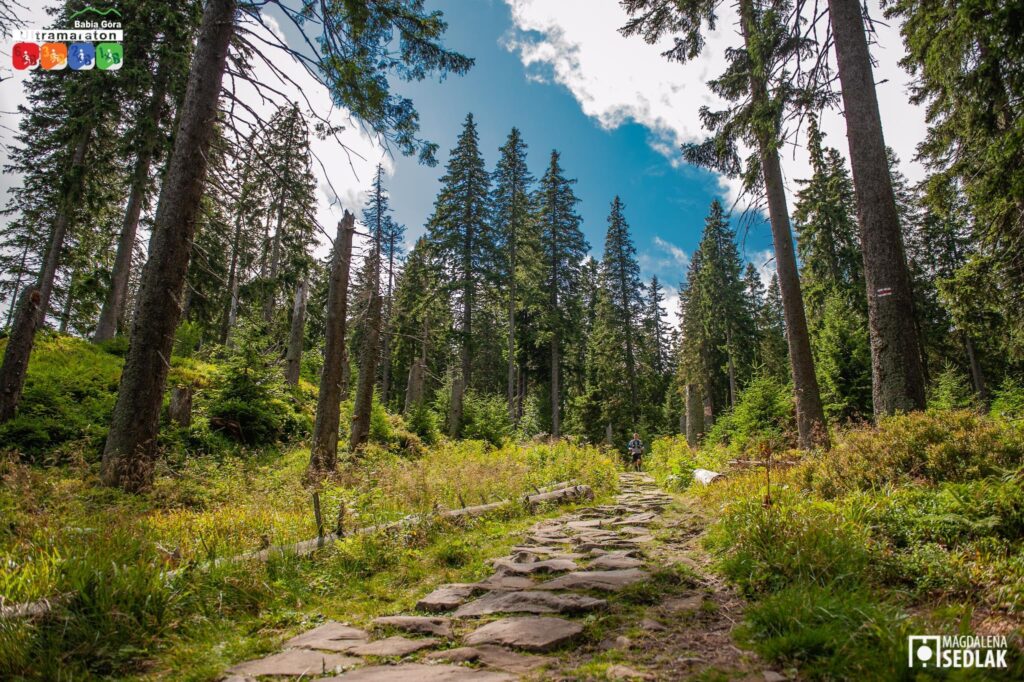